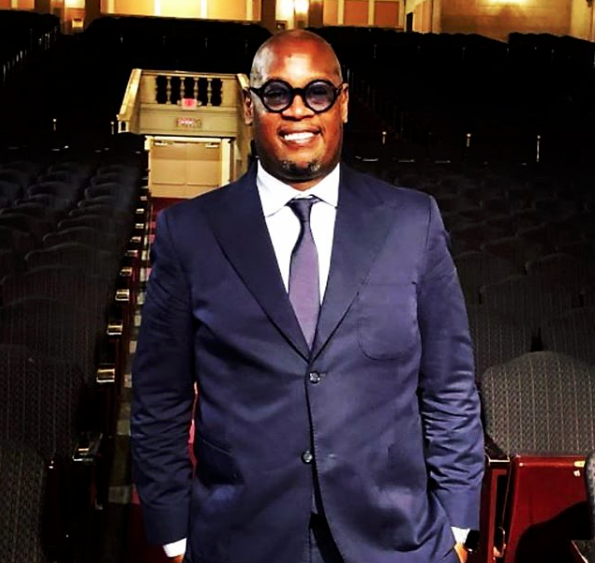 Uptown Records founder and veteran music executive Andre Harrell has passed away at the age of 59.

Harrell’s mark on the music industry runs deep. Before founding the legendary record label in 1986, he began his career as rapper Dr. Jekyll, half of the duo Dr. Jekyll and Mr. Hyde, along with Alonso Brown. While the two met relative success with hit singles “Fast Life,” “AM/PM,” and “Genius Rap.”

_Harrell pursued other ambitions in the industry when he attended college majoring in communications and business management, but he eventually dropped out and worked for a radio station.

_His career began to take off when he met and started working under Russell Simmons at Def Jam Records. After moving up the ladder to become vice president and general manager in just a couple of years, he eventually left to found Uptown Records in 1986. He remained at the label until 1995, when was appointed CEO of the legendary Motown Records.

The Black entertainment mogul helped move the hip-hop and R&B industries forward in countless ways throughout his lifetime, with one of his largest discoveries being none other than Sean “Diddy” Combs, who began as an intern at Uptown. He was also responsible for signing Mary J. Blige, Uptown’s first solo female artist, in 1989. Other notable acts that received their beginnings at Uptown include The Notorious B.I.G, Jodeci, Al B Sure!, Soul For Real, Guy, and Heavy D & The Boyz.

“I don’t try to recreate black artists,” Harrell told The New York Times in 1992 of his approach to molding his superstar talent. “I reflect the image an artist has already created.”

_Andre Harrell and his son Gianni. @andreharrell/Instagram_While music was his true passion, Harrell used his success to branch out into the television and film industries. Through a multimedia deal with MCA, he developed the Fox series “New York Undercover,” which ran for four seasons in the 1990s. He produced the 1991 film “Strictly Business,” starring Halle Berry and Tommie Davidson, and, more recently, Harrell served as vice chairman of Revolt TV, Diddy’s music-focused television network.

_In December 2019, BET and Harrell announced the development of a three-part TV miniseries titled “Uptown,” chronicling the label’s rich history, scheduled to air sometime in 2020.

_Sean Combs (left) owes his start in the business Andre Harrell (right). (Photo: @andreharrell/Instagram)_Harrell’s ex-wife has cited the cause of death as heart failure, according to the New York Times, but no official details have been confirmed at the time of publishing.

He is survived by his son, Gianni Credle-Harrell; a brother, Greg; and his father, Bernie.

“I grew up thinking wonderful things could happen,” Harrell told Vanity Fair in a 1993 interview. “I always believed I’d have a wonderful life.” Indeed he did. Reverberations from the entertainment mogul’s impact in hip-hop and R&B will continue to be felt for years to come.