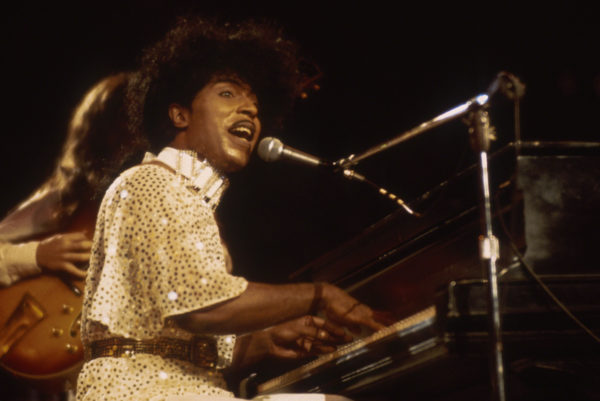 Danny Penniman, the singer’s son, confirmed his death to Rolling Stone on Saturday morning. A cause of death has not been announced.

_“Tutti Frutti” singer Little Richard died on May 9, 2020, according to his son Danny. (Photo: Jerry Wachter/IMAGES/Getty Images)_Born Richard Penniman on December 5, 1932, the Macon, Georgia, native was one of 12 children born to Bud and Leva Penniman.

_“We didn’t have nothing to play records on, ’cause we were real poor,” he recalled to Rolling Stone in 1990. “My mother had 12 children, so we didn’t have nothing. We had an old radio we would play late at night We would listen to WLAC out of Tennessee. Back in that time boogie-woogie was very popular. I would say that boogie-woogie and rhythm & blues mixed is rock & roll. Also, back in that time black people were singing a lot of country music.”

The Pennimans were Christian, so Richard was raised in the church, where he developed a love of gospel music that would influence his own musical style on the piano. Mahalia Jackson and Roy Brown were among his influences. He moved out of his family’s home at 15 due to his troubled relationship with his father, who disapproved of his son’s sexuality. Richard ended up living with a white family who owned a club, where he began to perform.

Playing at venues along the “Chitlin’ Circuit” of venues around the South, East Coast and Midwest where Black performers played for Black audiences, Little Richard became known for his flamboyant, boisterous stage presence as he rose to prominence by 1956. He is known for several hits including “Tutti Frutti,” “Long Tall Sally,” and “Good Golly Miss Molly.” He was instrumental in establishing rock ’n’ roll as a genre and influenced many artists who came after him including The Beatles, Bob Dylan and Jimi Hendrix.

_Little Richard performs his hit songs “Long Tall Sally” and “Tutti Frutti.”_“I really feel from the bottom of my heart that I am the inventor [of rock ‘n’ roll],” he said during the 1990 interview. “If there was somebody else, I didn’t know them, didn’t hear them, haven’t heard them. Not even to this day. So I say I’m the architect.”

_Little Richard struggled with his sexuality throughout his life and had relationships with men and women. He famously denounced homosexuality due to his religion in 2017, per Billboard. Regardless, he is considered an icon to many LGBTQ people. He was only married once, to Ernestine Harvin in 1959, and the couple adopted their son before they divorced in 1964.

The musician announced his retirement in 2013 after health problems left him unable to perform the way he did in his youth. According to The Tennessean newspaper, the music icon spent the final years of his life living between the Tennessee cities of Lynchburg and Nashville.