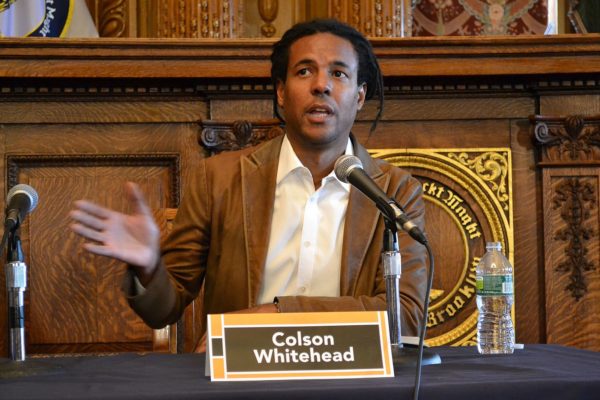 Black novelist Colson Whitehead has become the fourth writer to have won two Pulitzer Prizes for fiction, and on the same day The New York Times reporter Nikole Hannah-Jones and California music professor Anthony Davis also were African-Americans honored by the Pulitzer committee.

Whitehead was the recipient of the 2020 Pulitzer Prize for fiction on Monday for his 2019 novel “Nickel Boys.”

The novel details the real-life story of the Dozier School, an all-boys reform school in Florida that began operation during the Jim Crow Era and became known for history of abuse, beatings, rapes, torture, and even murder of Black students by staff, all exposed after a series of investigations.

_Pulitzer judges praised the 50-year-old Whitehead’s literary work as “a spare and devastating exploration of abuse” with “ultimately a powerful tale of human perseverance, dignity and redemption,” The Associated Press reports.

_Whitehead expressed astonishment about Monday’s news. The news of his winning was “pretty nuts,” he said in a statement issued through Doubleday, his publisher.

“Obviously I’m very honored and I hope that it raises awareness of the real life model for the novel — The Dozier School for Boys — so that the victims and their stories are not forgotten,” he said.

The Dozier school was strictly segregated ,and between 1900 and 1973 almost 100 boys were reported to have died at the hands of school workers.

In 2017 Whitehead won his first Pulitzer for his previous novel “The Underground Railroad,” a surrealist novel about an enslaved woman’s journey of escape from the antebellum South.

William Faulkner and John Updike are among the previous novelists to win more than one Pulitzer, but not for books that immediately followed the other.

In another work that explored themes of race, Monday’s Pulitzer winner for commentary went to New York Times reporter Nikole Hannah-Jones for her essay introducing The 1619 Project, an ongoing New York Times Magazine project that the outlet describes as “[An] ongoing initiative from The New York Times Magazine that began in August 2019, the 400th anniversary of the beginning of American slavery. It aims to reframe the country’s history by placing the consequences of slavery and the contributions of black Americans at the very center of our national narrative.”

Hannah-Jones issued a statement to her NYT colleagues Monday about being awarded the prize, saying in part, “This is truly the hardest thing I’ve written. How does one sum up 400 years, a 400-year history of a people who’s been so marginalized, in one project and not completely mess it up?”

The Pulitzer Center tapped two Black writers for awards in Whitehead and Hannah-Jones on Monday, and a third African-American also would be honored when composer Anthony Davis won the award for music for his 2019 opera “The Central Park Five,” a musical composition that frames the story of the wrongful conviction of five Black and Latino teenagers for the 1989 assault on a white female jogger in New York’s Central Park.

_Davis, a music professor at the University of California San Diego, told the Los Angeles Times he was on a Zoom conference call with colleagues when he got the call about his prize, and instead of muting himself he did the opposite. “I pushed the wrong button, and so the whole faculty heard the announcement,” Davis told the outlet.

The Pulitzer called the 69-year-old Davis’ opera “a courageous operatic work, marked by powerful vocal writing and sensitive orchestration, that skillfully transforms a notorious example of contemporary injustice into something empathetic and hopeful.”