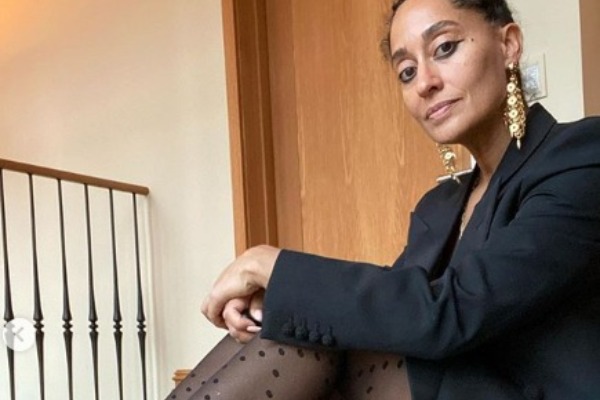 Tracee Ellis Ross said that a lot of people confuse someone being single with not wanting to be in a relationship.

Ellis Ross, who’s 47, has never been married and doesn’t have children. She explained that many have made her feel like there’s something wrong with her life because of it.

_Tracee Ellis Ross said she’s tired of people asking why she isn’t married. (Photo: traceeellisross/Instagram)_The topic of marriage was discussed during an interview with Net-a-porter, where Ellis Ross seemingly wanted to set a few things straight. She first talked about her speech at American Glamour’s Women of the Year Summit in 2017 that was about being single.

_“It’s really interesting to be a woman and to get to 45 and not be married and not have kids,” she said back then. “You start hearing crazy s–t like, ‘Oh, you just haven’t found the right guy yet; what are you going to do? Oh, you poor thing, why is someone like you still single? Have you ever thought of having kids? Why don’t you just have a kid on your own?’ It’s never-ending and not helpful.”

Ellis Ross said she eventually realized that many had the same experience and connected to her words fully.

“We are told that our lives are not ours,” she explained in her interview. “We are taught and cultured in that way. It’s one of the reasons I feel so strongly about telling the stories that I tell. I wish I had known there were other choices, not just about how I could be living, but how I could feel about the way my life was.”

“I was raised by society to dream of my wedding, but I wish I had been dreaming of my life,” Ellis Ross continued. “There are so many ways to curate happiness, find love and create a family and we don’t talk about them. It creates so much shame and judgment.”

_Some other female celebrities who’ve talked about not being married or having children include Oprah Winfrey and comedian Aisha Tyler. “I wanted people to feel — men and women — it’s okay to say, ‘I love my marriage, I love my life, I choose not to have children,’ ” Tyler told HuffPost Live in 2014.

_Ross admitted that she wants to find a partner, but won’t put her happiness on pause until it happens.

Her single lifestyle actually follows a growing trend in the United States, according to figures compiled by USA Facts and reported by U.S. News earlier this year.

But the increasing number of women marrying later in life or not at all doesn’t stop people from nagging Ellis Ross about being single and it didn’t start in her 40s.

“I had some big celebrity guy go, ‘You better get on it’ and that was when I was in my thirties,” she recalled. “People misinterpret being happily single as not wanting to be in a relationship.”

She added, “Of course, I want to be in a relationship, but what am I going to do? Spend all the time that I’m not [in one] moping around? No. I’m going to live my life to the fullest, and I’m going to be happy right here, where I am.”

Fans After She Reveals Her Weight


Tags:    Tracee Ellis Ross Says She Spent Too Much Time Dreaming of Marriage and Not About Her Life Plans