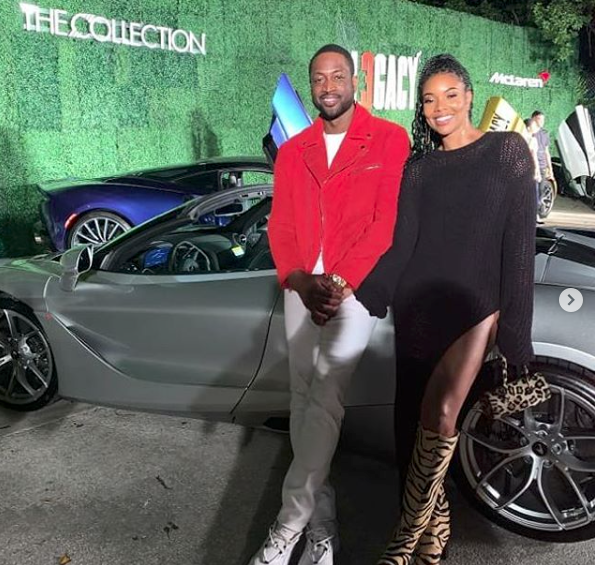 One of the things they’ve been doing together is watching Wade’s old NBA games, something that Union revealed while she was a virtual guest on “The Tonight Show Starring Jimmy Fallon” on Wednesday, May 6.

_She explained that Wade has been watching the games as if he doesn’t know what the end result will be. Union soon mimicked his behavior and started acting as if she too was clueless about the outcome, which turned her into a heckler.

_“[He’s watching] like ‘The Last Dance,’ old games, his games, like he doesn’t know how they end,” Union told Fallon around the 1:48 mark. “We watched the ’06 Finals and obviously I had seen it over the years, but like never with him.”

“Like, he’s live-tweeting this game, and he was like, ‘Oooh, good move, D-Wade.’ Then I started watching it like I didn’t know how it ended, and he missed these two free throws at the end of the game, and, like, I didn’t want to talk to him for the rest of the night. … I’m like, ‘Two free throws? The championship’s on the line,'” she said.

Wade retired from the NBA at the end of the 2018-2019 season after playing for 16 years. It could be assumed that his pulling up old games is a sign he misses his days under the bright lights of the Miami Heat’s AmericanAirlines Arena he played in.

But that belief could be shut down based on what he told the Miami Herald in February.

“It has actually been awesome,” he said about retirement. “I don’t think I’ve even had time to miss the game of basketball yet. Obviously, it’s very busy when you’re trying to get to one kid this, one kid that, go to your wife’s job, try to build another career. So I’ve been very busy with just everything.”

Wade’s statement couldn’t be more accurate, because since retirement he’s landed a job as an NBA analyst on TNT, he executive produced a docuseries called “Legacy,” and rapped on a song with Rick Ross called “Season Ticket Holder.”

He also started an Instagram Live show called “The Wine Down” — complementing his new wine label, Wade Cellars — during the self-quarantine period.


Tags:    Gabrielle Union Says Dwyane Wade Has Been Making Her Watch His Old NBA Games Turning Her Into His Heckler