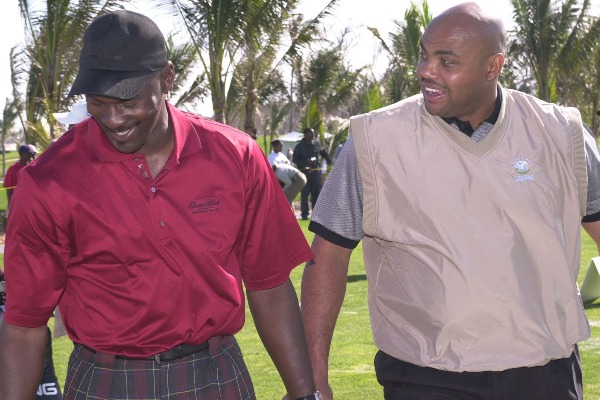 “Saddened” is the word that Charles Barkley used when he described how he felt about falling out with Michael Jordan. They were close friends at one point, but that changed after Barkley said Jordan wasn’t a very good owner of the Charlotte Hornets in 2012.

Barkley didn’t have anything negative to say about his former friend when he spoke on ESPN’s “Waddle and Silvy” show. But he didn’t apologize for those old comments and said he feels nothing can be done about the broken friendship.

_Charles Barkley (R) talked about his strained relationship with Michael Jordan (L) during a recent interview. (Photo: Jeff Kravitz/FilmMagic via Getty Images)_“[I’m] more sad than anything,” Barkley admitted. “Really, really sad because the guy was like a brother to me for 20-something years, at least 20-something years … To me he’s still the greatest basketball player ever. I wish him nothing but the best. But hey, there’s nothing I can do about it, brother.”

_Barkley was asked if there was a way the former friends could mend things and he said Jordan would just have to phone him, but that probably wouldn’t happen.

“He can call me,” Barkley told the hosts. “It’s painful to me … I’m not going to say anything bad about this dude. He’s been great to me, he’s given me great business advice.”

_Barkley’s main criticism of Jordan in 2012 was that he hired his friends and a bunch of yes-men to run the Hornets with him, not people who were incredibly basketball savvy.

“The thing that bothered me the most about that whole thing, I don’t think that I said anything that bad,” said Barkley during the interview, according to Fox News. “I’m pretty sure I said, ‘As much as I love Michael, until he stops hiring them kiss-a–es, and his best friends, he’s never going to be successful as a general manager,’ and I remember pretty much verbatim I said that.”

Jordan became the majority owner of the Hornets in 2010. The team has made the playoffs just twice since then.

He and Barkley competed fiercely against each other during their time in the NBA and were both part of the Olympic Dream Team in 1992.

Barkley talked about his rift with Jordan during another interview six years ago and said he’d improved as an owner since criticizing him. But that doesn’t mean he would apologize.

_“No,” said Barkley when asked if it was in Jordan’s nature to call him to fix things. “It’s not in my personality either. I’m not going to call up and apologize for saying what I said.”

He added, “They were setting the record for the worst team in NBA history, and I said Michael just has to do a better job. He had to get rid of the flunkies around him and hire real basketball people. He does that now. They have been doing a great job since he got rid of his flunkies and hired basketball people. But he can’t hear the good stuff.”