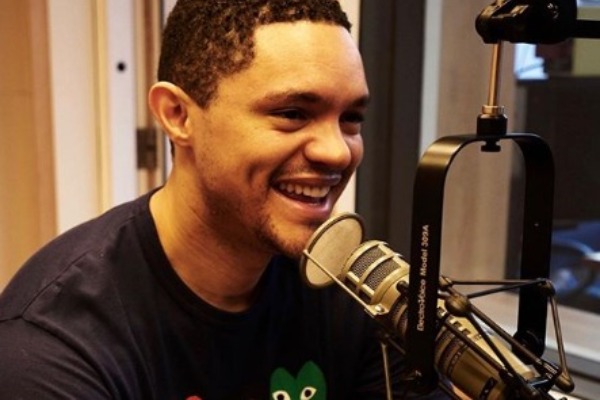 Trevor Noah is making sure that some of his staff on “The Daily Show” are still receiving paychecks as their work continues to be halted because of COVID-19.

Noah isn’t using some big fund that was set up by Comedy Central, the show’s network, to pay them. The payments aren’t being pulled from their future earnings either. Noah is actually paying salaries out of his own pocket, and he’s doing it for 25 staff people, according to a new report._He’ll continue to pay those salaries until work normalizes, based on what an insider who’s familiar with the situation told Variety. His reasoning for being so generous is twofold. Noah wants to remain loyal to the people who’ve been on “The Daily Show” from the start, and he feels doing anything else wouldn’t be right._“These are the people who have been on the show with Trevor from day one and help him put on the show,” the source explained to Variety last week. “Trevor is personally covering their salaries until the production business opens again. He respects his crew tremendously and feels it’s only right that they get thru this together.”_Some of Noah’s staff, like writers and producers, have been working remotely since his program turned into the “The Daily Social Distancing Show With Trevor Noah” after his regular show shut down production at its New York studio in March.

Others, however, like camera people and sound technicians, have not been able to work since the format changed._Noah paying salaries for 25 of his staff people is just one way he’s showing generosity. He made an announcement on Instagram last month about giving away 50 laptops to teachers since they’ve been holding classes virtually.

“TEACHERS who are forced to do all your work online!! I’ve got 50 more Surface Laptops to give away to any educators who need a new device,” he wrote on Tuesday, April 28. “Please tag your favourite teachers.”

He gave away five laptops to teachers last month as well._Noah revealed the names of the 50 teachers who received Microsoft Surface laptops on Sunday, and he thanked everyone who made nominations.

He’s kept quiet about paying the salaries for now.