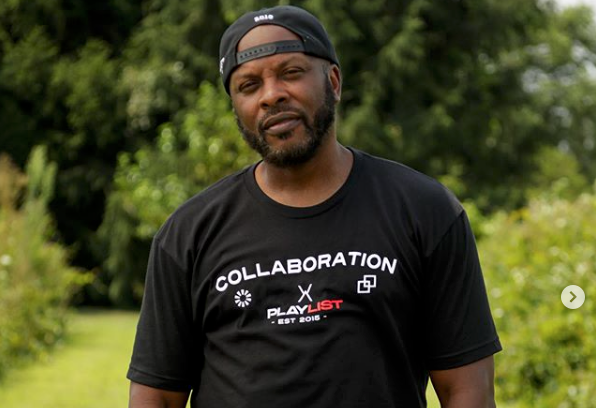 DJ Jazzy Jeff is throwing a virtual block party on Saturday, May 9, to celebrate the launch of a new limited-edition merchandise collection called “Fresh Prince/Summertime.” The party will also be to give people something to enjoy during COVID-19.

The Instagram Live event is being called “Break the Monotony Block Party.” It will run all day and feature Jeff as the headlining DJ before D-Nice, Just Blaze, DJ Clark Kent and others play before him in 60-minute sets._Jeff told Rolling Stone that he wanted to give people who are self-quarantining an all-day event they could party to. So he decided to call up some of his famous DJ buddies to give him a hand._“I started livestreaming from home a month ago, every Saturday on IG Live and Facebook,” Jeff said. “I thought, ‘I’m going to DJ and you’re going to dance in your kitchen with your significant other, and we’re going to have a good Saturday.’”_But the idea came up that it would be cool to do a block party with not just me DJ-ing, but have a full day of some of the best DJs in the world,” he added. “So I called up some of my friends and said, ‘Let’s make this an all-day thing. Let’s stay in the house, cook some food, make some drinks and dance in the kitchen together.’”_The Fresh Prince/Summertime collection comes during the 30th anniversary of the “Fresh Prince of Bel-Air,” something that Will Smith has been celebrating on social media.

There are 10 pieces to the collection, all unisex, including T-shirts that have Smith’s “The Fresh Prince of Bel-Air” character on the front.

A portion of the proceeds will be given to No Kid Hungry, an organization that has helped to feed children before and during the outbreak.

Jeff had his own battle with the virus, which he told Smith about last month. Jeff said that he started feeling sick when he returned home from a trip and lost a whole 10 days after he got in bed._He told Rolling Stone that his health has made a turn for the better since then, and he expressed his frustration about people who seem to not take the virus seriously.

“I am feeling a lot better and quarantining at home, thank goodness,” Jeff explained, who actually never got tested for COVID-19. “It drives me crazy though, to see how many people aren’t taking this [virus] seriously, because I understand the severity of this, and got through it, and I don’t wish this on anyone.”

“I tell people it’s like if a lion has been killing thousands of people in the streets and two to three months later, the government says it’s safe to go back outside,” he added. “But did you catch the lion? Where is the lion? I’m terrified to go outside right now.”

Jeff recently spoke to CNN as well about his illness and provided some details on how he may have gotten it.

He was booked to play at an event in Ketchum, Idaho. Jeff said he stayed in his hotel room mostly, then the greenroom before the show, and didn’t come in contact with a lot of people. But that didn’t keep him from being infected.

“I started hallucinating. I would go to sleep and could swear that I slept for 12 hours and I would wake up and I had been asleep for six minutes,” he remembered.

Recovered now, Jeff will be the headliner for the “Break the Monotony Block Party,” which will this Saturday from noon to midnight Eastern Time.