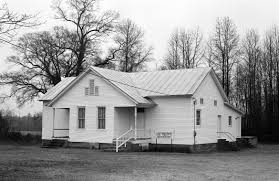 Dorchester County officials in South Carolina are hoping to complete renovations to a historic school once used to educate Black children.

Dorchester County Council members approved a $400,000 grant Monday, April 20, for repairs on the St. George Rosenwald School as part of a package for the county’s parks and tourism projects, The Post and Courier newspaper in Charleston, South Carolina, reports.

The restoration effort aims to restore the St. George building as a community center and museum to educate locals and visitors of the town of the school’s national and local impact.

“County Council understands the historical significance of Rosenwald School,” the Charleston newspaper reported Dorchester County Council Chairman George Bailey saying of the project. “We look forward to seeing the completion of the renovations.”

By 1928, a third of Black schoolchildren in the rural South attended Rosenwald Schools, according to the National Trust for Historic Preservation. The schools served as a prominent educational establishment for Black children during the period of Jim Crow, when discriminatory state funding meant Black children had far fewer educational opportunities.

The St. George Rosenwald school, built in 1925, is one of 500 such schools that were created in South Carolina. But the Dorchester County building, which was originally named the St. George Colored School and later named Williams Memorial High, is the last remaining building of two that were built in the county.

_And when school was no longer in session it served as a meeting and gathering place for many Blacks who in St. George, South Carolina, neighborhoods.

The school was then left to the city’s care after its closure in 1954. It has since been utilized as a community center, used for both social events and political events, including classes and meetings held by the Congress of Racial Equality in 1965.

Like many of its buildings — 13 of which had been created in Charleston County, six in Berkeley County and the two in Dorchester County — the schoolhouse became abandoned soon after integration began in the city. Only a few hundred of the Black institutions can be identified today, the National Trust Historic Preservation said.

Edith Oldham, who was 4 years old when she went to the school and later served as secretary of the school’s board of directors, remembers the historic St. George school before it closed its doors in 1954.

“This was the heart of the community always, but once it closed it became a social setting because in the schools at that time you weren’t allowed to have dances, so when the young people wanted to have affairs they would have it here,” she told Live 5 WCSC News.

Complete renovations for the Dorchester County school building are expected to cost $2 million. The school had already received $1 million in funds to start the project in 2016. The county hopes the new funding will be enough to conplete the project in its entirety and bring the school and its history back to life for the next generation.

“They ride by and they see these abandoned lots and they don’t have a clue what was here, they don’t understand the sacrifices that was made and the struggle it was to get this school, and they need to know their history because if they don’t they will be just lost,” Oldham said to WCSC.

“Hopefully, we can expand it to an educational opportunity for young persons and not only young, but everyone who did have the actual experience of the Rosenwald School,” Ralph James, a former student and chairman of the St. George board of directors, told WCSC.