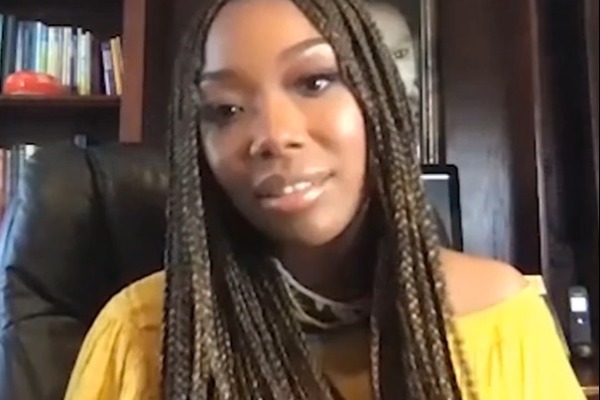 If anyone’s aware that the sitcom “Moesha” is a part of Brandy‘s impressive resume it would be family members of the singer and actress, including her 17-year-old daughter Sy’rai Iman Smith. But that doesn’t mean the show makes for mother-daughter time for the two to sit and watch together.

Brandy spoke about her daughter with People and said she doesn’t view her as a celebrity, just mom. It’s something that Brandy said she truly appreciates because it balances her.

_Brandy said that she doesn’t watch “Moesha” with her 17-year-old daughter. (Photo: People)_“She’s done her own search of who I am and what I’ve been able to accomplish,” said Brandy. “Of course, she’s aware of it but what I love about us is that I’m just her mom and that keeps me grounded. It’s all about her now. It’s all about what she’s here to accomplish and do and I’m just here to support her in that.”

The song is an ode to being a single mother and motherhood in general. Its colorful video was released on Monday, May 4, and it shows Brandy dancing in a warehouse, while Chance shows up to deliver the sing-songy rap style that’s made him famous.

Brandy shared a few details about “Baby Mama” with Rolling Stone when the video was released, including about the song’s concept.

“I feel so honored to be a mom and taking care of my baby,” she said. “It’s a dedication to her and to all moms who are doing the same thing.”

Smith’s father is Robert “Big Bert” Smith, a music producer. He and Brandy split in 2002, shortly after their daughter’s birth. “Moesha,” the sitcom that aired on UPN, ran from 1996 to 2001.


Tags:   Brandy Explains Why She Doesn’t Watch ‘Moesha ’with Her Teenage Daughter