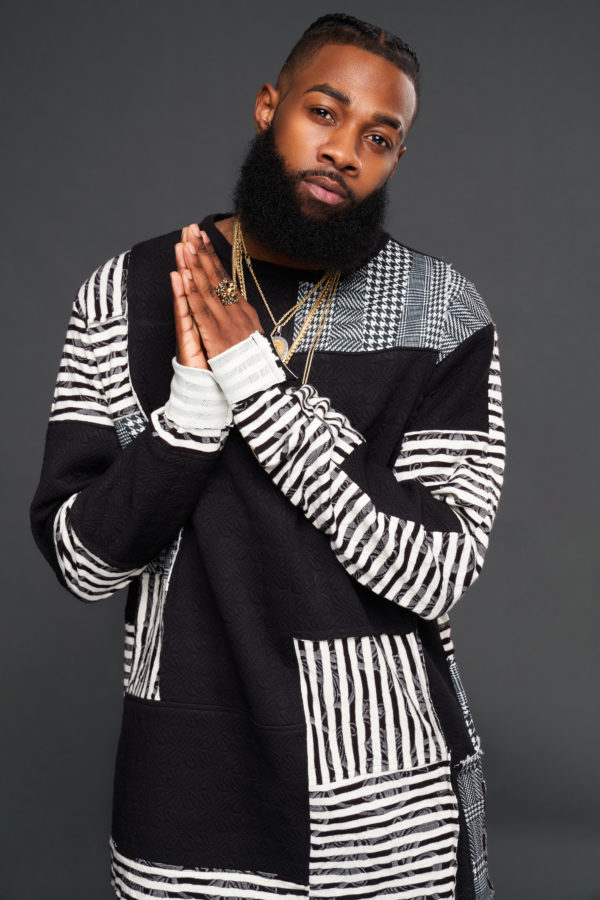 Singer/songwriter Sammie captured the nation’s attention at the tender age of 12. His 1999 single “I Like It” debuted on the top 25 Billboard Hot 100 list and was certified Gold. He’s one of a few artists who have successfully transitioned from childhood star to adult music sensation. Sammie, 33, opened up to Atlanta Black Star about his newest studio album, his love life, and his latest business ventures.

Sammie dropped his newest single “Friend Zone” on April 15. He revealed his song hits close to home for him. “I’ve been friends with someone well over a decade and we never crossed those lines romantically,” he said. He explained that the duo have always had a romantic spark, but said they decided to remain friends for fear of ruining their friendship._A native of metropolitan Miami, Florida, Sammie is releasing his sixth studio album, “Such Is Life,” on June 5. He expressed that this record is much different than his 2019 album “Everlasting.”_“If you listen to “Everlasting” you can tell that I was hurt. I was in the middle of going through the worst breakup ever with the only girl I was in love with,” he said. “I didn’t want the relationship to end but it just had to because we both were toxic to one another,” he admitted. Sammie shared he initially recorded the album to heal himself and explained that he sought therapy after completing the project in the hopes of overcoming some of the things that happened in his relationship._The album “Such Is Life” was created to showcase how he has recovered since his breakup. “Such is life, I’m healed. I have closure. I’m as happy as I’ve ever been. I’m single. I’m finally just focusing on God, me, my career, and my business ventures,” he said. “I’ve accepted that all these things are the journey to the destination. That’s what ‘Such Is Life’ means,” he concluded._Sammie is officially on the market, but has no intention of getting into a serious relationship anytime soon. The “Kiss Me Thru The Phone” lyricist launched his candle line Pure Love & Pure Honey in February and is now working on his book titled, “Good to Know.” The story will center around the different ways men think, so women are able to communicate with their partners in relationships. Sammie appears to be busy expanding his career. He recently filmed a television pilot in Los Angeles, California, titled “Misunderstood.”_Sammie was featured in the lineup of the “2020 Millennium Tour,” but the concerts were postponed because of the COVID-19 pandemic that has led to social distancing. He said he doesn’t know when the tours will start back up, but ensures fans that he’ll be ready to perform. Sammie has been holding up well during the outbreak. He mentioned he has been praying, writing poetry, and focusing on his multiple business endeavors.


Tags:   R&B Singer Sammie Opens Up About New Studio Album Dating and Newest Business Venture: I’m as Happy as I’ve Ever Been