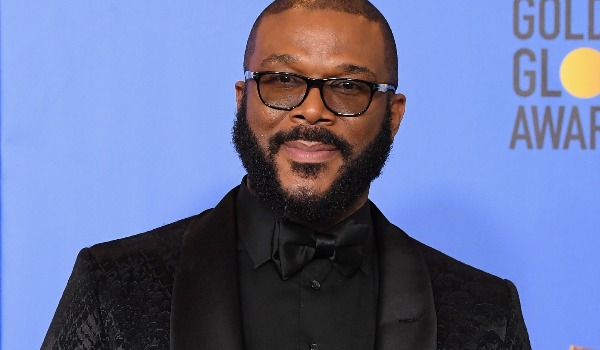 Tyler Perry may be showing the TV and film industry how they could resume production amid the COVID-19 crisis.

TMZ reports that Perry is now weighing some novel options in deciding the safest way possible to reopen his 330-acre studio located in Atlanta._One of the ideas is to have everyone who shows up for a shoot, whether cast or crew, be tested for the virus. Anyone who tests negative would then be allowed onto the lot. Once on the lot, everyone would live on the property for the duration of the weeks-long production schedule, TMZ says.

_The old Army installation the studio occupies a large section of, Fort McPherson, still contains barracks and houses on the property, with an additional 40 houses being built by Perry. The more than 140-year-old former military base, not all of which is owned by Perry, also is shared by Veterans Affairs facilities, credit unions, and many historic homes._Actors and production crew would be paid extra for the new work structure this plan entails. Only Perry’s shows would be included in the reopening, not the other shows and film studios that use his lot._Last week, Georgia Gov. Brian Kemp said he’d reopen certain nonessential businesses in the state, including fitness centers, barbershops, nail salons and bowling alleys.

It was a decision that was slammed by Atlanta-area residents like T.I. and Cardi B soon afterward.

At first, 2 Chainz also implied that the governor made a horrible decision but later said he’d reopen his restaurant Escobar Restaurant and Tapas in Atlanta. He’s since reversed that decision, however.

Perry, meanwhile, has been encouraging people to stay safe during the outbreak. On April 8, he also revealed that a hairstylist on his production crew named Charles Gregory passed away from complications of the disease.


Tags:   Tyler Perry May Be Reopening His Film Studio During COVID-19 in a Really Inventive Way