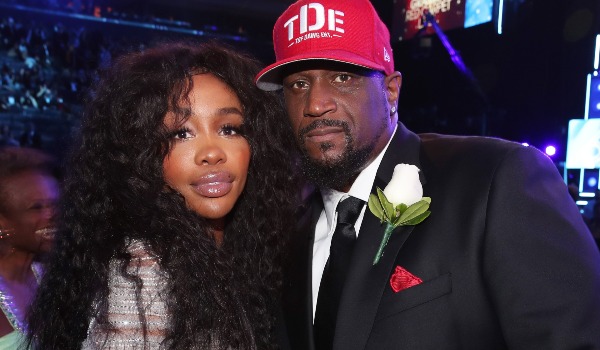 Anthony “Top Dawg” Tiffith, the founder of Top Dawg Entertainment — a label behind artists such as Kendrick Lamar and SZA — just stepped up in a major way for families residing in public housing in Watts, California.

Tiffith kept quiet about the altruistic move and didn’t announce it. It was Los Angeles City Council member Joe Buscaino who, on Thursday, April 23, revealed the news that Tiffith paid rent for a total of 311 families as a way to help during the COVID-19 pandemic._“I would like to give the biggest shout out to Anthony Tiffith, @danielledgerookipawaa founder of @topdawgent who just paid the rent for 311 families in our public housing developments in #Watts including #ImperialCourts, #JordanDowns, and #NickersonGardens,” wrote Buscaino.

_“Senior citizens are a group that are often overlooked,’’ he added. “This gesture is not just about philanthropy but humanity overall, and it’s just the kind of good news our city needs right now.”_Top Dawg Entertainment’s roster consists of Kendrick Lamar, Jay Rock, Ab-Soul, ScHoolboy Q — all collectively known as the supergroup Black Hippy — SZA, Isaiah Rashad, Sir and others.

Tiffith started the record label in 2004 after opening a home studio for local rappers. Jay Rock was around from very early on.

“Me being in the streets all my life, I judge people pretty good,” Tiffith told Billboard in 2017. “Jay Rock is from my ‘hood Nickerson Gardens. I was chasing him around and he hides, thinking I’m trying to discipline him about some bulls—. I finally catch him while he was getting a haircut: ‘Yo, you rap? I’m trying to do this sh–.’”

A number of celebrities have stepped up in similar and other fashions as this. Shortly after his grandmother passed away from COVID-19 complications earlier this month, “Saturday Night Live’s” Michael Che announced he would help residents who live in his late grandmother’s New York City building. Che said he would pay one month of rent for all of the residents in the building that is part of public housing.

Other celebrities who’ve assisted with virus relief efforts include Rihanna and Jay-Z, who teamed up to donate $2 million.

_Taraji P, Henson announced that she’s providing access to free mental health therapy over the telephone for people in underserved communities. Plus, Colin Kaepernick recently began a relief fund and donated $100,000 for “Black and brown communities.”