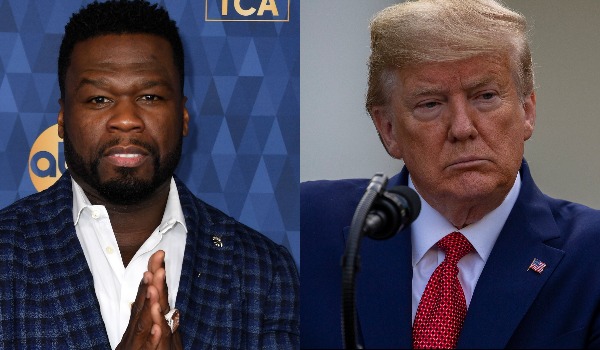 President Donald Trump recently implied that he believes injecting disinfectant into one’s body could cure that person of COVID-19. It’s a comment that 50 Cent responded to and clowned him for on Instagram.

“I see the disinfectant where it knocks it out in a minute, one minute,” said Trump on Thursday, April 23, during his now near-daily White House press briefing on the widening outbreak. “Is there a way we can do something like that by injection inside or almost a cleaning?” he said as he apparently addressed nearby members of his task force of top health officials. “Cause you see it gets inside the lungs and it does a tremendous number on the lungs, so it would be interesting to check that.”_50 responded to the comment on Friday, April 24, by posting an image of a person that resembles Trump drinking from an oversized bottle of Clorox bleach.

_“?This f—–g guy is a nightmare,?but i think i like him,” wrote 50 in the caption of the post. “? I cant believe he said that s–t out loud. LOL.”_On the same day, 50 posted another image that was a response to Trump’s disinfectant comment. The post showed a picture of a bottle that read “Clorox Chewables.” On Friday, April 24, Trump said that he was merely being sarcastic when he made the comments about disinfectants being used internally to treat the virus._Snoop Dogg got in on the fun too by sharing the same cartoon meme 50 posted of the man drinking bleach.

_“Aight u go first then ya voters and I’ll be here waiting to c how y’all feel before I go under my kitchen sink for some bleach,” Snoop captioned the photo. “???‍♂️N—a please FYDAUAMPUFDHB.”_50’s post marks the second time in less than a month that he blasted Trump on Instagram. He also did it on March 28 in response to his handling of the outbreak.

“You wanted a reality show host as president. Well now you’re on survivor,” wrote 50, referencing Trump’s show “The Apprentice,” which was centered on the real estate developer before he turned to politics.

Snoop has also taken the 45th president to task more than once. One of the most talked about times was in 2017 when he released a video to his song “Lavender” and pointed a toy gun, then pulled the trigger at a character named “Ronald Klump.”

Trump responded to the video by tweeting, “Can you imagine what the outcry would be if @SnoopDogg, failing career and all, had aimed and fired the gun at President Obama? Jail time!”

Trump hasn’t responded to 50’s post, however, and he didn’t respond to Snoop’s recent dig at him either._