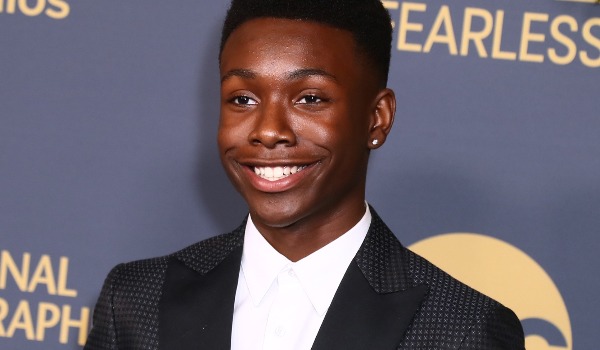 Actor Niles Fitch is making history. Fitch of “This Is Us” fame will become Disney’s first Black prince in a live action film. Fitch, who plays a younger Randall Pearson on the popular NBC series, will take on the role of Prince Tuma in “Secret Society of Second-Born Royals.”

A character description of Tuma describes his “super-human ability” as being vital to the success of the team in the film, but goes on to say Tuma’s “self-centered nature needs a lesson in empathy.”_“Welcome Disney’s first Black prince @disneyplus,” tweeted Fitch on April 17.

_The 18 year old, who plays the teenage version of Sterling K. Brown‘s character on “This is Us,“ received plenty of kind words after he shared the news about the new Disney role on his Twitter and Instagram pages._“Yessir!! Congrats on setting the example,” someone tweeted.

“You’re killing it man! So happy and proud of you!” a second person wrote.

There were others who said they’re huge fans of Fitch and excited to see where his career ends up.

“Will watch anything with this kid in it, so talented can’t wait to see all the cool stuff he does!” one fan tweeted._Fitch’s new role comes 11 years after Disney had its first Black princess in the 2009 animated release “The Princess and the Frog.” Actress Anika Noni Rose voiced the part of Tiana in that film.

Fitch is a native of Atlanta. Before he was cast in “This is Us,” he landed jobs on television and Broadway.

In a 2018 interview with WXIA-TV 11Alive, Fitch talked about his parents’ dedication to his career, especially his father who was diagnosed with lupus enteritis when Fitch was 12 years old. His father passed away in 2014 from the illness.

_“He went from living really good in Atlanta to living less good in New York, and that was all for me,” Fitch explained. “Even when he was sick, he would make light of it, which I still don’t know how he did to this day.”

“Secret Society of Second-Born Royals” is scheduled to be released this summer on the streaming service Disney+._


Tags:   Niles Fitch of This Is Us’ Will be Disney’s First Black Prince in a Live Action Film